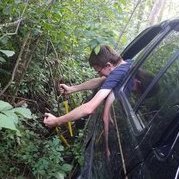 By mjotrainbrain,
August 30 in Truck of the Month