UPDATE - Unfortunately, the data that was lost is unrecoverable by the host.  If you joined between May 26th and Jan 13th please feel free to sign up again.  In addition, all posts and messages during that time have also been lost.  At this point there is nothing that can be done, other than to move forward from here.

Thank you for your patience and understanding. 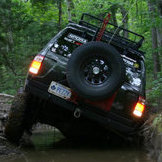